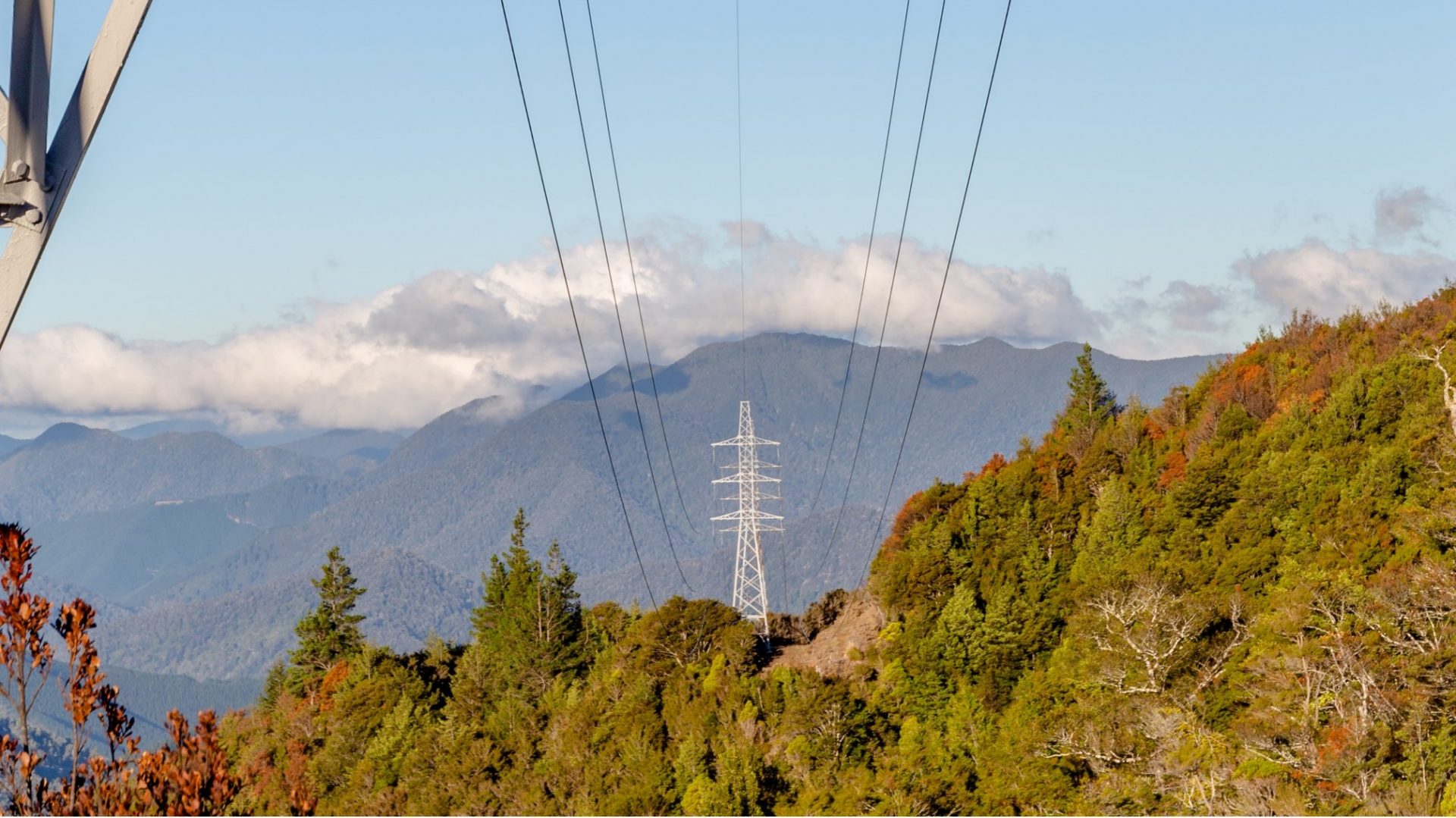 According to the World Energy Trilemma Index 2021, New Zealand has once again scored an AAA grade. This maintains its ranking in the world’s top ten countries.

New Zealand has high levels of hydro power, and increasingly wind generated energy which has helped its score. With an overall score of 79.1, New Zealand scored 64 on energy security, 94 on equity and 77 on environmental sustainability.

Over the last decade, New Zealand’s Energy Sustainability score has improved as thermal generators slowly retire and are replaced by geothermal and wind. However, this trend has led to a lower energy diversity which, paired with an increasing reliance on fuel imports, resulted in a decline in New Zealand’s energy security score.

By comparison, Sweden ranks number 1 on the total score. Sweden achieved this through significant investment, resulting in high scores for all three aspects of the rating. With an overall score of 84, Sweden achieved 74 for energy security, 93 on equity and 86 on environmental sustainability. 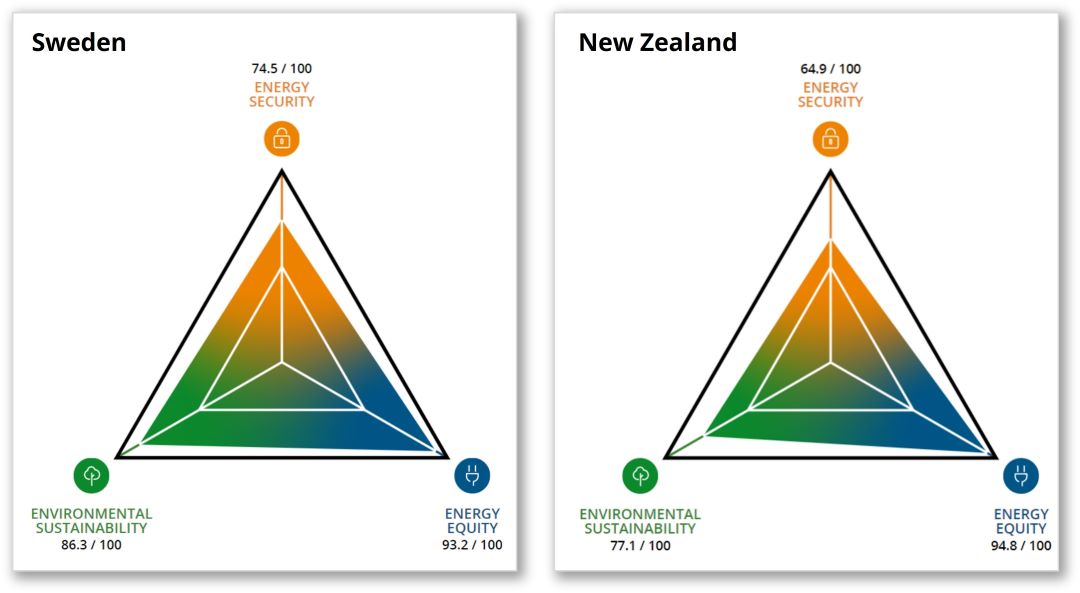 In comparing the two countries, both score very high for equity. However, the report notes that low lake levels during winter has had an impact on electricity supply and pricing. Accordingly, New Zealand’s electricity may not be equally affordable and accessible for everyone. 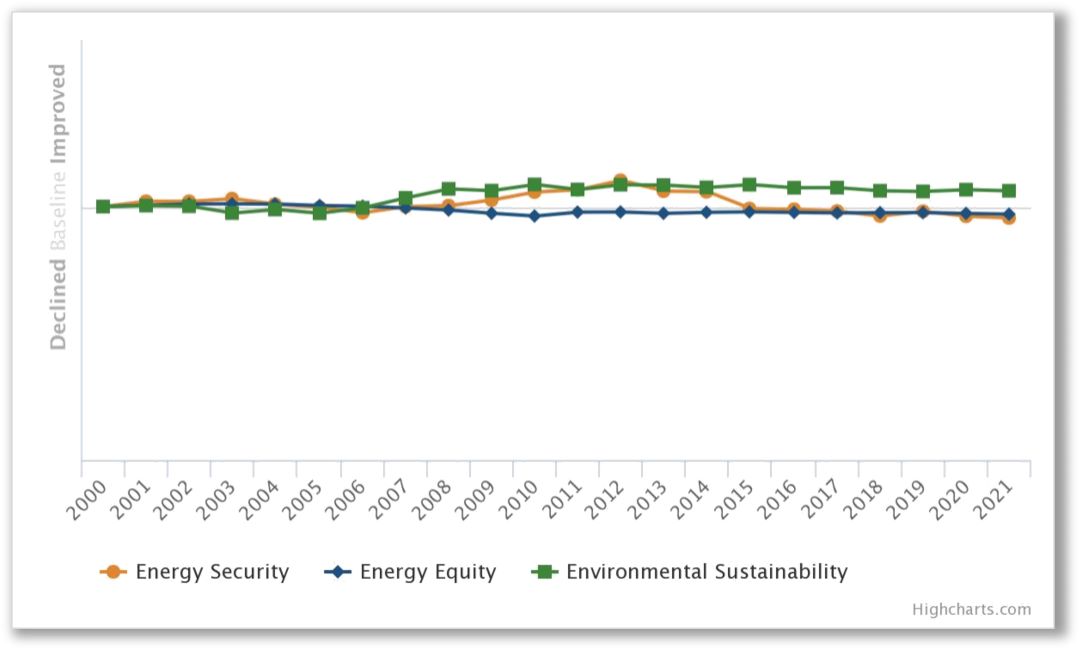 Sweden is seen as having a more environmentally sustainable energy system than New Zealand. New Zealand is still reliant on gas, especially when lake levels are low. The government has committed $30 million to investigate pumped hydro and other dry year storage solutions. 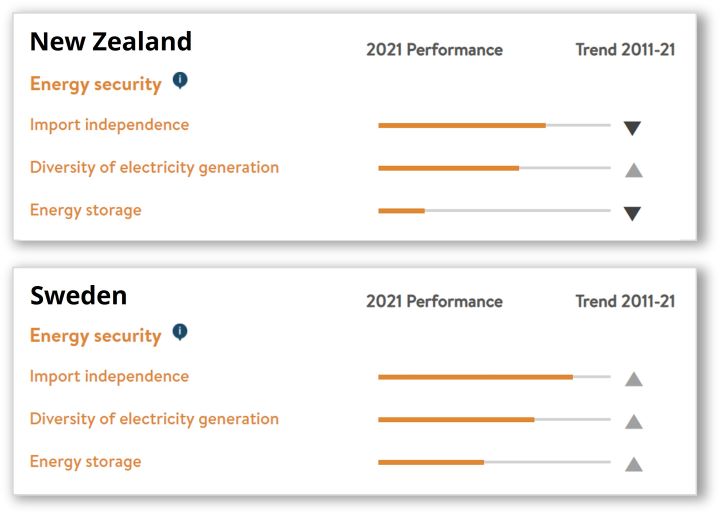 The chart above shows that New Zealand has two significant concerns relating to the security of our energy supply. We have very little capacity to store energy, and we are still too dependent on importing energy sources, which is mainly oil.

New Zealand needs to consider our energy strategies for the long term, including how we can independently create and store energy in diverse ways.

Certainly there is encouragement to look at more efficient and affordable heating options during winter, to reduce load on the energy system overall. Heat pumps are increasingly popular for this reason.

Another significant trend is the increase in electric vehicles, which will have a positive impact on our need to import fuel.

We are Master Electricians in Auckland providing electrical services across Auckland Central, West Auckland, North Shore, and South Auckland for all residential and commercial electrical needs.

Jenco would love to help you transition to more efficient and affordable energy consumption, including installing heat pumps and EV charging stations. If we can help in any way Contact us today.